Unfortunately our region, and particularly our little village, is regularly the focus of flooding by torrential rain. Surely the area has been prepared with canals and other measures to deflect and then guide and control the waterflow, but all of this was not enough for the large volume of water falling  down under such short time in September 2019 – the largest on record.

The street around the corner:

Very unfortunate and as a direct result of the flooding, five people lost their lives in the September flooding. According to the news media, a nearby tunnel (Horadada) was flooded with several vehicles getting stuck there. Also a number of people were rescued from their homes by helicopter or boat. Many cars were caught by spontaneous flooded roads, in some cases with their occupants still in it. Many houses and cellars were flooded as were streets and alleys, carrying the water to the beach.

While the area has been prepared to cope with large amounts of rainwater, the amount falling this time was more than anticipated. The valley between the mountains 5-10km away and the beach is largely flat. While the valley contains a number of rivers that are mostly dry large parts of the year, their capacity is not up to par when the rain falls down in more than average amounts.

Our area has substantial counter measures installed, such as trenches around the village to collect and control the flow of water, tunnels to guide it under the motorway and even dedicated streets through the village to let the water run straight to the sea. Some houses in the village protect their home from water ingress by constructing an extra barrier at the front door. See photos above for some examples of deflection works.

I took the liberty to use some photo and video material found on the internet and from other sources. Thank you for sharing. In case you own them and disagree with me publishing them, let me know and i will remove them asap. 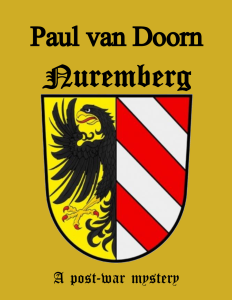 For more: See my Ohpinjun site.